My friend Pete gave me a composition notebook the other day, explaining that it’s a traveling journal and belongs to a boy named Dylan in Maryland. It is being passed around from person to person, state to state, and apparently it has already made it to Washington D.C., North Carolina, Costa Rica and Montana, as well as other “far away places” from Maryland, all the while, picking up stories.

When someone receives it, they can read about those who have had it previously, and then they get to write a little letter to Dylan, introducing themselves and including a few pictures. 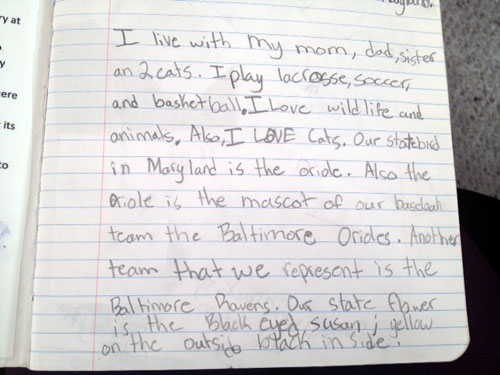 My first impression is that this is such a fun project for an 11-year-old. What a creative way for him to learn about countless places, some that he may never have known about before. What a personal way to introduce a young kid to his country, the world, and the people in it. Perhaps this will plant a seed in him and he’ll be studying abroad before we know it. Perhaps this will light a spark in him to learn more about the world outside of Maryland and even the US. 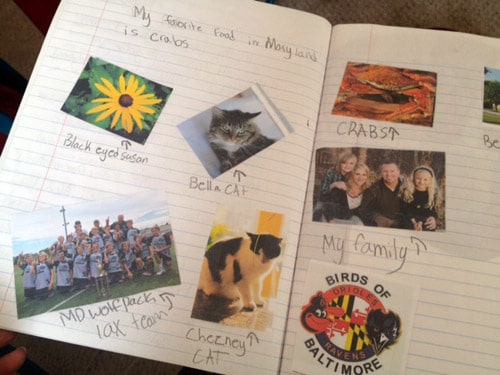 I knew I had to share this project once it was passed to me, because I think this would be a great DIY project for you and your kids if you have them, especially if you want to get them interested in travel. Dylan is asking for postcards from each stop the book makes, and I decided to send him a copy of my book as well. From the mail he gets, he is be able to track where his journal travels. There is a note on the inside of the book explaining the project, and asking that whoever has it on May 31 of 2015 return it to his address which is listed there. Thanks for participating in this, Dylan! I’m sure you’re going to inspire more people than you realize…