Few countries have left such an impression on me as Bosnia. Not just because of its beautiful big mountains, or because of its warm and welcoming people, but also because of its recent, tragic history. On my Busabout tour through the Balkans (the Ottoman Trek), we stayed two nights in Sarajevo. I was completely unprepared for what we saw.

A proper visit to Sarajevo involves heavy stuff. It will move you, and what you take away from it will make it all worthwhile.

1. The Tunnel and The Siege of Sarajevo

In 1984, the year I was born, the Winter Olympic Games were held in Sarajevo. Yugoslavia was a proud host country, and Sarajevo was at the height of its economic boom, brilliantly celebrating the nations coming together in peace.

Those were the good old days.

In 1995, I was 9 years old, selling girl scout cookies, going on camping trips, and crying over a missed basketball season due to a broken finger.

I remember hearing about a war, but I was basically sheltered from it as I grew up in a small town. That war was the siege of Sarajevo that lasted nearly four years (from 1992-1996). The people in the city were completely surrounded, running for their lives just to cross streets, and the only connection for supplies from the outside world was an 800m underground tunnel from the airport to the free territory outside the city. Over 11,000 people were killed.

When you visit Sarajevo, go out to see the tunnel. Watch the video about how people risked (and lost) their lives to build it, so that Sarajevo could outlast the siege. Take a walk through the 25m that is open to the public, and imagine how 3,000 people used to cross it every day, carrying supplies back and forth, or leaving the city behind.

Drive through Sniper Alley, see the bullet and grenade holes in the sides of the buildings, and consider their past hardships when you interact with older locals, some of whom still duck when they cross the streets, out of habit. 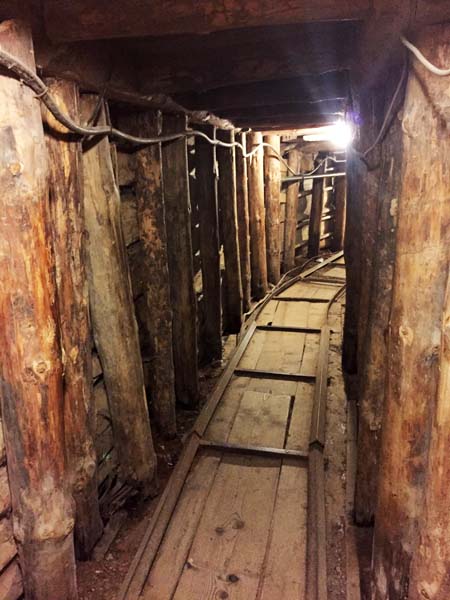 While I do remember hearing a thing or two about the siege of Sarajevo, I honestly can’t recall a single memory about the genocide in Srebrenica where over 8,000 people were killed in just 4 days. This genocide, or “ethnic cleansing” targeted Bosniaks, or Bosnian Muslims.

Go to the Galerija 11/07/95 (July 7, 1995), which is the memorial museum for the Srebrenica genocide. It is located in the center of Sarajevo, just behind the main cathedral. Bring a few tissues, you’ll need them as soon as you walk through the door and are greeted by walls and walls of faces of the men and boys who were killed. Watch the two videos inside, listen to the guided tour, and look at the incredible photography. Bear in mind, this happened in 1995, so the photographs and documentaries are recent, not ancient history. You’ll even see Liam Neeson in one of them.

It is suggested that you allow an hour to visit the Galerija, but I recommend staying as long as you need to let it soak in. For me, it was similar to visiting Auschwitz & Birkenau, the death camps in Poland. I needed time simply to let my brain process what I was seeing and hearing.

It’s so important to educate ourselves about such events in our world, both current (i.e. Syria) and historical, not just to remember them. Go to the memorial, learn about it, tell others about it, and hug your loved ones a little tighter at night. 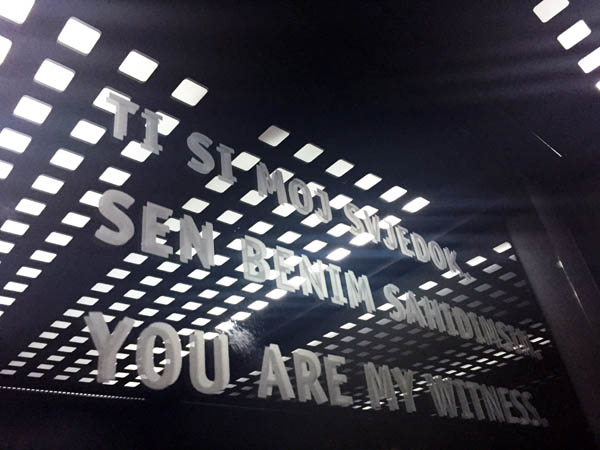 Sarajevo is known as the “Jerusalem of Europe” because of its mix of cultures and religions. It has a mosque, a Catholic Church, an Orthodox Church, and a synagogue all in the same neighborhood. There is literally a line drawn across the main walking street in town that reads “East meets West” and you can stand on it and see western style storefronts and a cathedral in front of you towards the west, and turning around you’ll see a mosque and eastern style markets towards the east. People walk across it nonchalantly (of course), but it feels almost like stepping through a portal of distance and time. It’s fascinating. 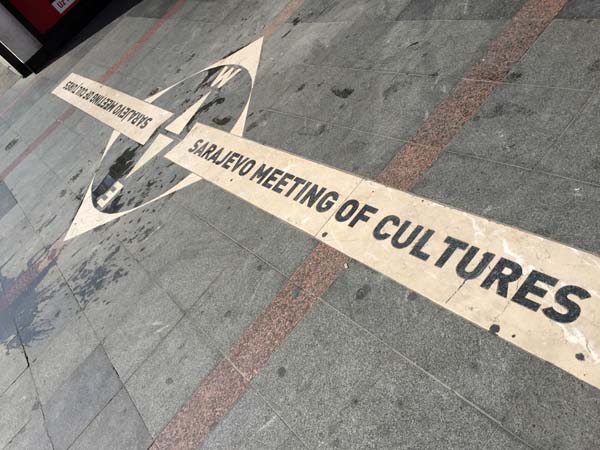 4. The Likelihood of Future Unrest

Obviously we can’t predict what is going to happen in the future, but history often repeats itself, and this area has not known peace for longer than 50 years at a time. If this pattern continues, that gives us less than 30 years to visit Bosnia Herzegovina as we know it today.

Sarajevo is a beautiful city with beautiful people, and it’s one that you must see for yourself. Go experience the cultures of the east and west converging, the rebound efforts from the siege, and the lively markets and old town streets waiting for you with a traditional Bosnian coffee and famous čevapi.

Lastly (and this one is a bonus), go to the House of Spite restaurant on the river and have the mixed dolma with a local brew. Sit outside on the river with a view of the beautifully restored National Library, and you’ll have yourself quite a memorable dinner in an absolutely unforgettable place. 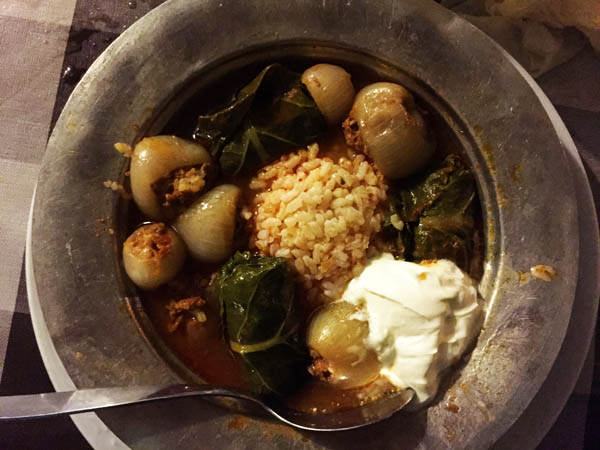 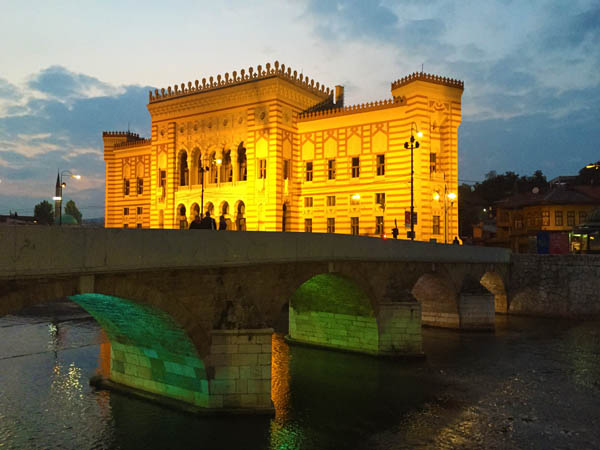 Read more about Busabout. Watch my video from the Ottoman Trek.
Explore another under-the-radar location in Europe: Gauja National Park and Sigulda, Latvia: Explore the Baltic’s Hidden Gem
*This post is part of a collaboration, but as always, all opinions are my own.

How can we help you?

Get the BMT Blueprint