Athens, known as the birthplace of Western Civilization, has an epic history that dates back thousands of years. The birthplace of democracy and where the first Olympic Games were held, Athens holds many titles, and is home to an array of iconic sites. From the hilltop Acropolis to the historic streets of Plaka, known as the ‘neighbourhood of the Gods’, Athens has so much to offer.

It’s a prime destination for history buffs with the Acropolis, a UNESCO World Heritage Site, the once grand Temple of Zeus and the ancient streets of Ancient Agora, just to name a few. But Athens is also a dynamic city full of intriguing street art, fantastic food like souvlaki and baklava, eclectic neighbourhoods, and an awesome nightlife scene. There is certainly something to entice every traveler’s spirit!

Athens can seem a bit overwhelming, but this guide will help you get an idea of where to stay, what to do, where to eat, and what’s not to miss while you’re in town. 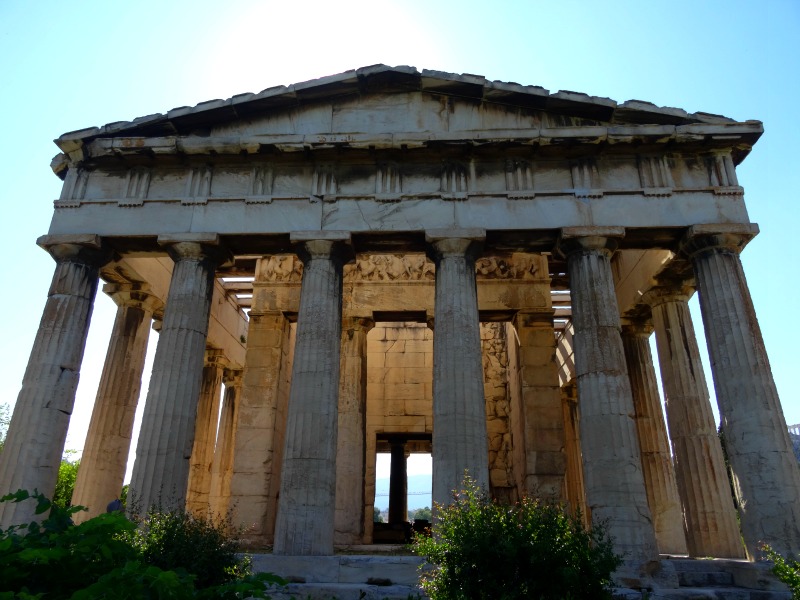 Unless you’re arriving to Athens from the port via a cruise ship or other boat, most travellers coming to the city arrive by plane. Athens International Airport (Eleftherios Venizelos) is located approximately an hour away from the city centre. There are various modes of transport from the airport to the city including metro, bus, taxi, car and airport transfer services. Two great and affordable options are the X95 Airport Express bus to Syntagma Square, or the metro straight to Monastiraki Square.

The main sights in Athens are relatively centrally located, making everything easily walkable. If you are venturing further afield or not staying in the city centre, the easiest mode of transport is the metro. There are even a few key metro stops that offer small museums below ground, showcasing some of the artifacts found while excavating for the subway system.

Some would say it’s always a good time to go to Athens, but it all depends on what you are looking for. Spring and fall are ideal times to travel to Athens as the crowds are more relaxed, temperatures are comfortable, and the sun is beautiful. Note that peak season in Athens is during July and August when temperatures are high and crowds are at their max.

Be sure to validate your tickets for transportation, whether it’s for the metro or bus. Before you board, insert your ticket into the ticket machine on the platform so it gets stamped with the date. Also, be sure to hang onto your ticket until you get off in case they ask to see it. Not doing either could result in fines.

3. Throw it in the Trash

Keep in mind that Greece’s sewer system isn’t as far advanced as other parts of Europe. Athens is an old city and as such the sewer system can’t take the paper waste we are accustomed to flushing down the toilet. So, remember to throw all your toilet paper in the waste bin instead of the toilet.

Throughout central Athens, there is a plethora of shops selling a huge selection of typical souvenirs, but if you want something more authentic, check out the Monastiraki flea market, which offers antiques and other real Greek wares. Another great shopping neighbourhood is Plaka, which is full of interesting shops including jewelry stores with great deals on beautiful pieces.

5. Save with a Combo Ticket

If you are hoping to visit most of the main archaeological sites while in Athens, get an Athens Archaeological Sites Combo ticket. This will get you into the Acropolis (both north and south slopes), Ancient Agora, Kerameikos, Roman Agora, Lykeion, Hadrian’s Library, Olympicio, and the Temple of Olympian Zeus. The ticket costs €30, a recent increase (2016), but is valid for 5 days.

Things to do in Athens

Set in the heart of Athens, the Acropolis sits center stage, 200 feet above the city, on top of a hill. The word “Acropolis” actually means “city on a hill.” Seen by many as the symbol of not only Athens, but also of Greece, the Acropolis is a monument to ancient civilization. The Acropolis complex is made up of many ancient monuments. These monuments include the Parthenon – built in the 5th century B.C., the Theatre of Dionysus – from the 4th century B.C., and the Theatre of Herodes Atticus – built in the 2nd century B.C. The Acropolis is one of Greece’s many UNESCO sites and will bring you back in time. On top of visiting these amazing sites, you’ll also be rewarded by fantastic 360 degree views of Athens. This is absolutely a must-do.

Note about when to visit: If visiting during peak season, be aware that temperatures can be incredibly high, and crowds are huge during the day, so try visiting first thing in the morning or later in the afternoon. 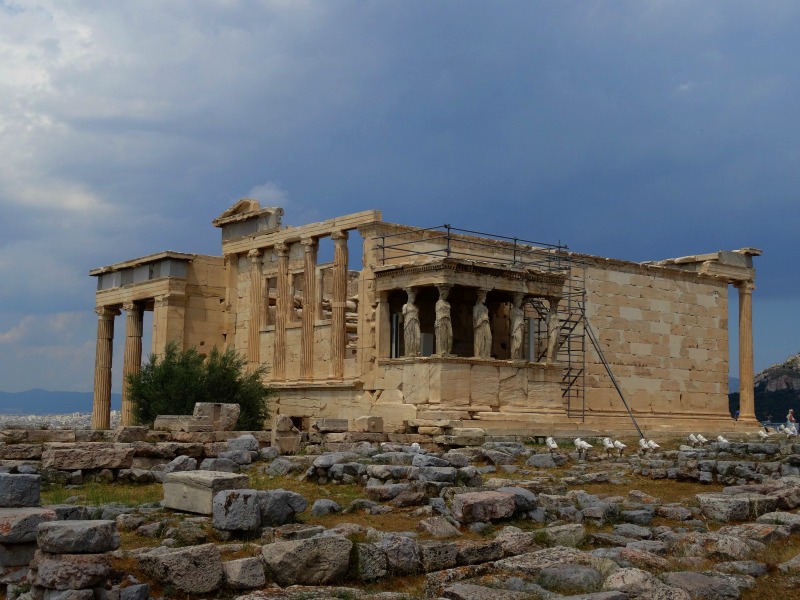 Athens’ Ancient Agora is a stark contrast to the hilltop desert Acropolis. With its winding, tree-lined trails and tortoises munching on grassy lawns, the Ancient Agora will allow you a more relaxed and peaceful experience away from the large crowds of the Acropolis, and yet it is still full of historic temples and statues. For more than 1,000 years, the Ancient Agora was once the heart of public life in Greece, with its temples, large shopping center – the Stoa of Atallos, public offices, ancient roads and so much more. The Stoa of Atallos is now home to a museum, with artifacts from the 5th through 7th century B.C., and atop the Agora’s own small hill stands possibly one of the best preserved temples in Greece: the striking Temple of Hephaestus, which dates back to the 4th century B.C. 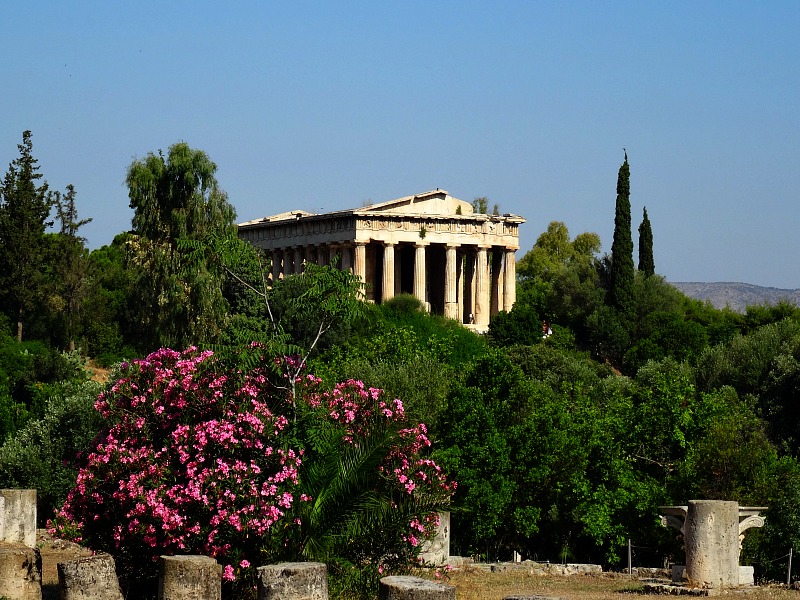 Athens is home to a wealth of great museums. One of the best is the new Museum of the Acropolis, located at the base of the Acropolis, in the Plaka district. Inside, you’ll discover over 4,000 sculptures, pediments, friezes and other objects from the Acropolis site. The building itself was built on top of an archeological site with ruins from the Roman and early Byzantine era that can be seen through the glass floor. Two other must-see museums are the National Archaeological Museum, home to Greek antiquities, and the Benaki Museum, which is has a mix of items from Roman toys to Byzantine art.

Athens has some of the best street art in all of Europe. Subject matter is as varied as the neighborhoods you find it in, from love, to political statements, and everything in between. For the best street art, check out Plaka, Monastiraki, Psiri, Exarchina, Gazi, Metaxourgeio and Anafiotika neighbourhoods. If you’d prefer to learn more about the art and have a guide show you around, consider participating in a street art tour. 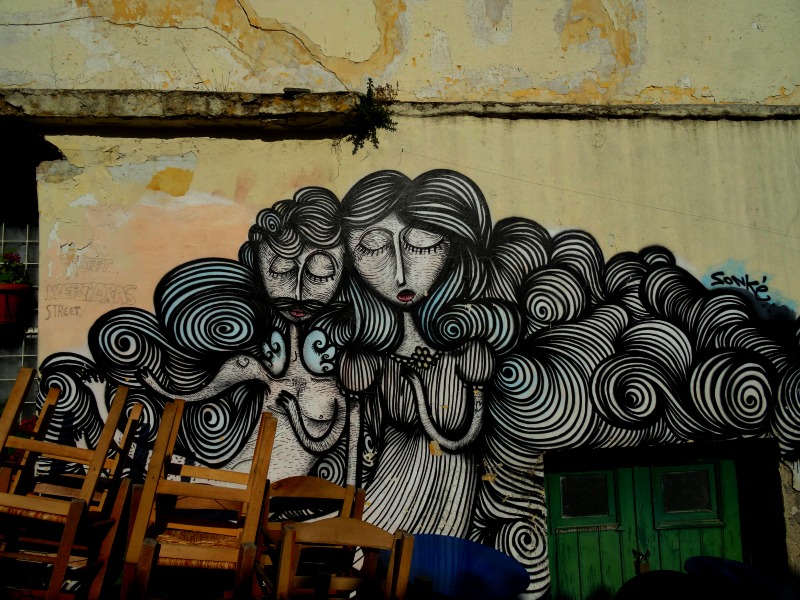 The National Gardens are located in the center of Athens and cover 38 acres. The Gardens are home to beautiful, shaded trails, ancient ruins, a café, duck and turtle ponds, a small zoo, the Botanical Museum, and over 500 species of plants and trees. Completed in 1840 and opened to the public in 1920, the National Gardens are a great place to unwind from the hustle of the city and cool down in the heat of the summer.

The Temple of Olympian Zeus was the largest temple in Greece at 315 feet long and 130 feet wide. Today, only 15 of the original 104 columns remain, showcasing only a hint of its former splendor, yet it still commands attention. Located just south of the National Gardens, the temple is surrounded by trees and a scattering of ruins of various archeological sites like Roman baths and classical houses. At the northwest corner lies the imposing Arch of Hadrian, gateway to the Plaka neighbourhood. 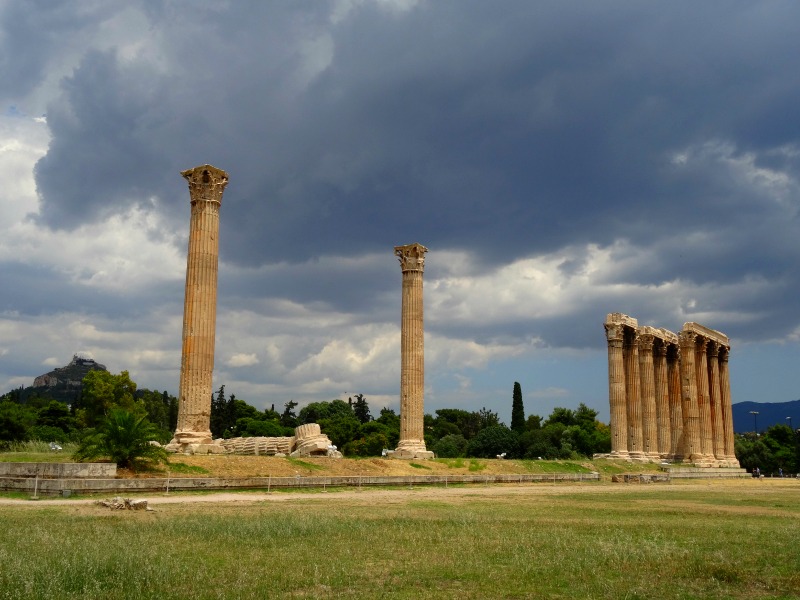 Mount Lycabettus stands northeast of downtown Athens and is over 700 feet above sea level. From the top you’ll be rewarded with breath-taking views across Athens and beyond. While taking in the view, you can stop and have a refreshing beverage at the café or go explore the 18th century Chapel of St. George. There are two main ways to access Lycabettus Hill: if you’re up for a hike, take the path that starts at the end of Aristippou Street, or if you’re looking for an easier option you can take the funicular.

8. Changing of the Guard

If you’re looking for a cultural experience while in Athens, consider watching the changing of the guard. These presidential guards, also known as Evzones, stand guard over the Tomb of the Unknown Solider in front of the Parliament Building. Every hour, on the hour, they perform the changing of the guard, which is almost like a ceremonial dance. Donning their traditional attire that includes kilt, red caps, and red clogs with big black pompoms atop the toe, these tall, strong, and proud men carry out their synchronized dance with arms and legs a striking out. It’s quite the sight to see.

Note: Be sure to stand back and give the guards plenty of space when they are preforming the changing of the guard.

Located northwest of the Acropolis, the Kerameikos is an ancient cemetery that was used for burials from the 12th century on for 1,000 years. Not only is it one of Athens must-see archaeological sites, but it is also one of the least-visited sites in central Athens. Named after the community of potters (kerameis) who occupied the area in classical times, it is home to ancient city walls, the Sacred Gate, ruins, and even a small museum. 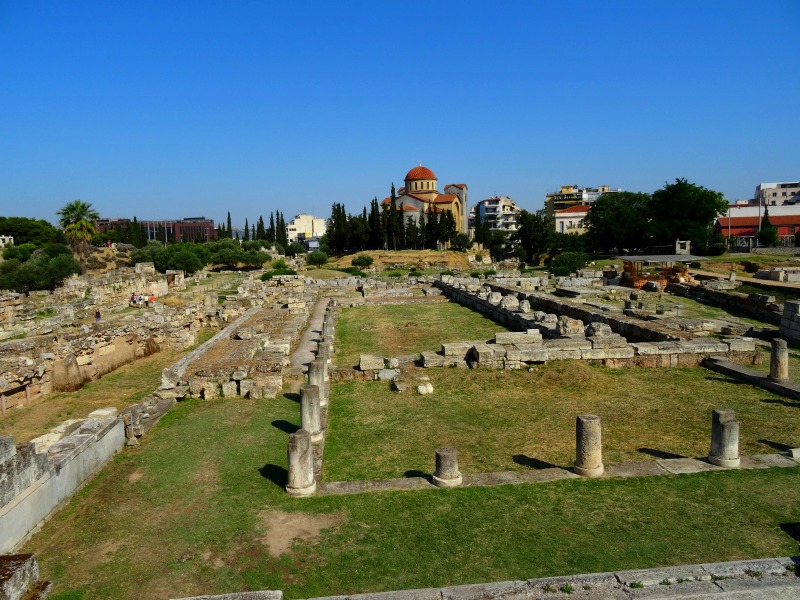 The Athens & Epidaurus Festival is a large festival that runs from May to October and offers a wide array of events to attend all over Athens. The festival has been running for over 50 years and showcases Greek and international performances alike that range from opera to ballet to modern theatre and ancient Greek tragedies. There is a wide range of musical performances as well as other cultural activities throughout the summer. Some of the best to see are the ancient Greek theatrical performances at the Odeon of Herodes Atticus, the authentic Greek theatre built in 161 A.D., which is located right on the slopes of the Acropolis.

Note: If you plan on attending one of the performances, be sure to book well in advance.

Where to Stay in Athens

Athens Backpackers Hostel is a fabulous place to stay while in Athens on a budget. This hostel has a great atmosphere and social scene with a sports bar and roof top bar with a happy hour, music and great views over Athens. Centrally located, it’s only a two minute walk to the Acropolis, and the hostel offers free Wi-Fi, 24-hour reception, free breakfast, comfortable beds, and helpful staff.

If you’re looking for a budget option hotel that is centrally located than Adams Hotel is a great choice. Located in the Plaka district, a short walk to many of the sights including the Acropolis, it is surrounded by fabulous cafés and restaurants. Amenities include free Wi-Fi, en-suites, balconies, a bar/café where breakfast is also available, and the best part is a roof top terrace with awesome views over Athens and the Acropolis.

Prices start at €80
Like this guide? Pin it for later!
By Stephanie Mayo