Location: Stockholm, Sweden – Stockholm is a series of connected islands, and this property is located two small islands south of the Old Town, or Gamla Stan. It is well connected by metro and tram, making it a viable option no matter the length of your visit.

First Impressions: We were so intimidated when booking our accommodations in Stockholm. We have several friends from this region and when we approached them excitedly about our trip, the first thing they (all!) said was, ‘Well, don’t forget, Stockholm is super expensive.’ Thanks. Just what I want to hear. A lucky Google search helped us find Motel L, which advertises their rates starting at 650 kroner/night, which is about $75/night using today’s exchange rates. We went over a random late spring weekend and paid this advertised rate, so there’s no question that they really do try and uphold their reputation of being a good value in an expensive city. 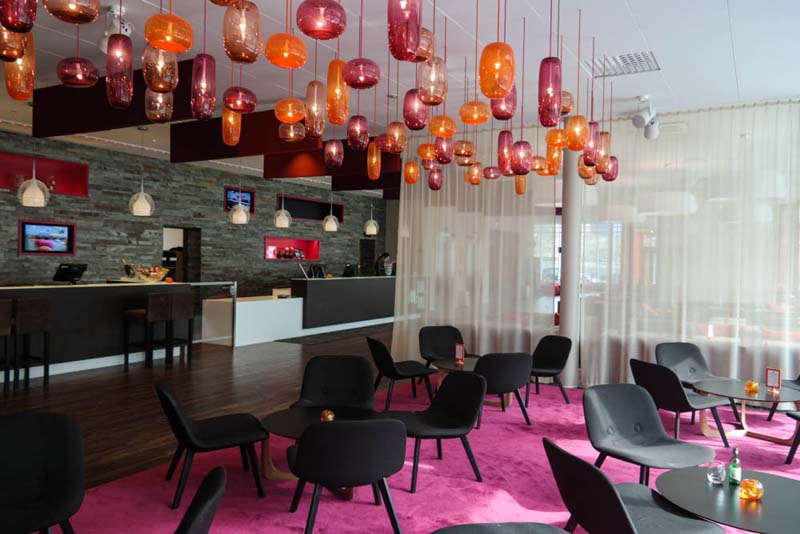 The Property: From the outside, Motel L has a city hotel vibe, a large modern building with a massive lobby and colourful features. It is located outside of the Old Town, which is great for noise levels and privacy, but somewhat inconvenient if you’re someone who must be in and amongst all of the people. The rooms are well kept, albeit small, and designed in a funky modern way.

What I Loved: The lobby of Motel L is lovingly called the Living Room. It is massive and is separated by various high-concept room dividers and screens to essentially create smaller rooms within the room. And there is very strong free WiFi everywhere, making the Living Room a great place to edit photos, plan your day of sightseeing, or relax after a long day of walking. There is even a bar in the lobby where you can order a beer or soda without ever leaving the Living Room. At the end of the Living Room is the equally spacious open dining area where a great free breakfast is served in the morning. 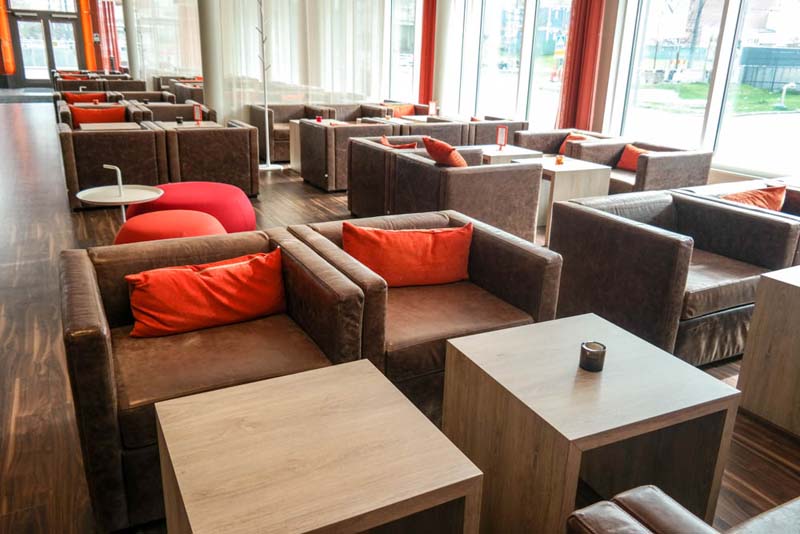 What I Didn’t Love: We tend to judge the quality of a hotel partially by the quality of its shower. This shower was fine, but nothing spectacular. The small rooms have limited storage space which was fine for our weekend visit, but would be a much bigger hassle if we had real luggage to contend with. Finally, while the value of this property is tied to its location, I will admit that it would have been nice to be just a little more convenient to Old Town. I like to take a break from sightseeing in the afternoon typically and once we made it back to the hotel, neither me nor my husband really wanted to venture back into Old Town again in the evening. 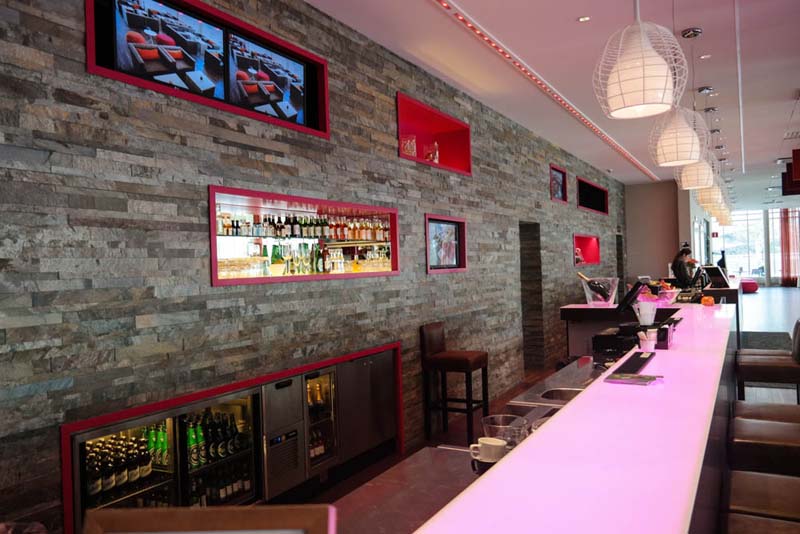 What’s Not to Miss: Down the road from Motel L is the largest outpost of Brooklyn Brewery outside of Brooklyn. Yes, Swedes LOVE American beer, so when Brooklyn Brewery decided to expand, they came straight to Stockholm. It’s a massive complex right on the water, and in warm weather there are several terraces that would be perfect for a beer. During our weekend of sightseeing, we loved the Vasa Museum and Östermalms Saluhall, an indoor covered market.

Who Should Go: Motel L is decidedly a mid-range hotel but in Stockholm it remains one of the best values I’ve found. I recently looked again for upcoming weekends and sure enough, the property remains in the top 15 of all Stockholm hotels and at a fraction of the cost. It’s hard to find cheap accommodation in Sweden and everything else is also expensive, so use your best judgement when adding this beautiful city to your itinerary. It’s worth it, but not if you’re going to blow your entire budget in a few days. As with any city traveling, it’s helpful to be an enthusiastic walker, metro navigator and crowd embracer. But no worries about the language barrier…nearly everyone speaks English fluently and you will get around easily!