On my recent trip to Vienna, I wanted to do something particularly Viennese. Something that would leave me feeling like I got a true sense of the culture and history of the city. Based on reviews of the experience, I chose to do a package tour at the Schönbrunn Palace, which included a walk through the gold-laden, 1,441-room Baroque palace, along with a 3-course traditional Viennese dinner, followed by a live concert with an 8-piece orchestra playing original music from Mozart and Strauss.

It ended up being the highlight of my 3 days in Vienna. 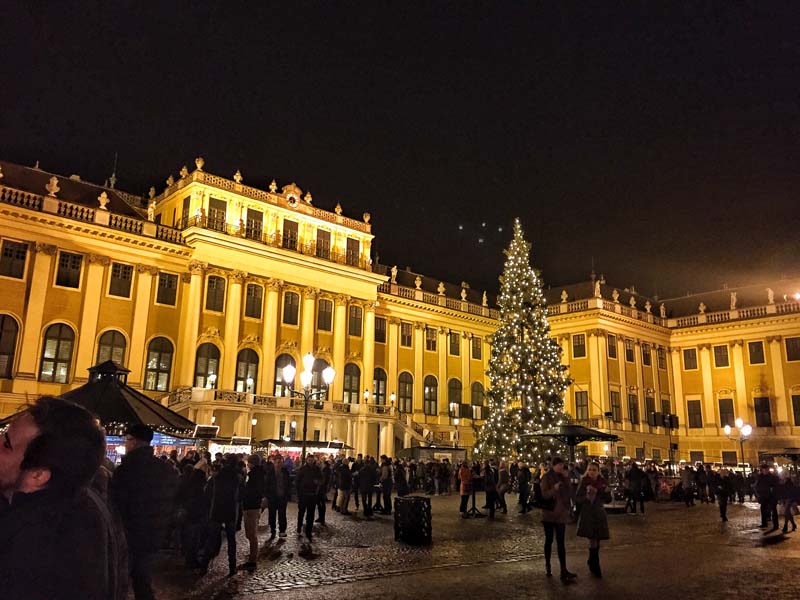 The tour package we got included the Grand Tour of the inside of the palace (there are different options of tours), which we walked with an audio guide at our own pace. If you are considering this tour yourself, I recommend an hour to do this tour. If you really love museums, you could spend all day there, the ticket is good for the entire day while the palace is open. I personally move quickly through things like this, so I appreciated the self-pace and only spent about half an hour inside.

I can’t even begin to describe the immensity and grandeur of this building. Every room was decorated differently from the last, and with specific purpose. So much thought and design went into the interior of this building. Standing in the room where Mozart played for his first audience at age six literally made my jaw drop.

We were there at Christmas time, so in front of the palace there was a Christmas market set up with food, Glühwein, and even live Christmas music. We drank Glühwein and wandered the market after touring the palace while we waited for dinner to start.

Note: No photos allowed on the palace tour. 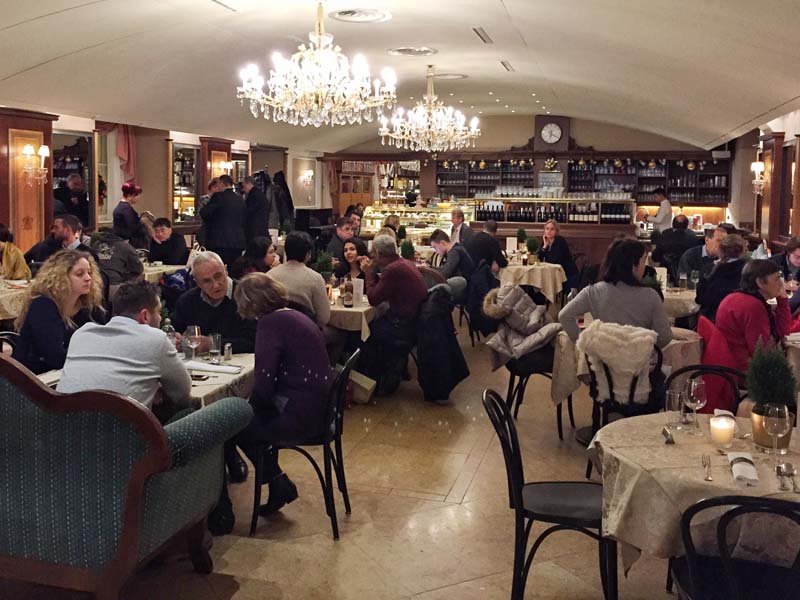 I admit I was a little worried that we may have signed up for a touristy gig when we opted to do this tour, especially with dinner starting at a specific time for everyone, much like a wedding. However, when we walked in the restaurant, most people were already seated, chatting happily, and we the waiter led us to our table and took our drink order, much like any other restaurant. The menu of the three-course dinner awaited us on the table, so we knew what to expect, but we hardly noticed that we were served at the same time as everyone else. They really did a great job of making it feel intimate and special, and not like a touristy gig at all. 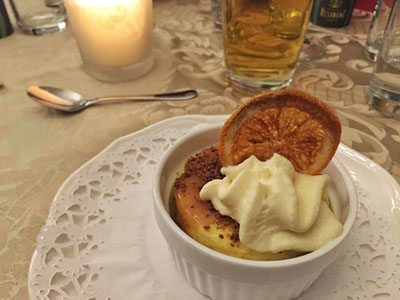 I’d be lying if I said it was the best meal I’ve ever had, but it was still delicious, well-paced, and a great ambiance.

Note: Dinner is located inside the wing to the left of the courtyard in front of the palace, and drinks are not included with your ticket. 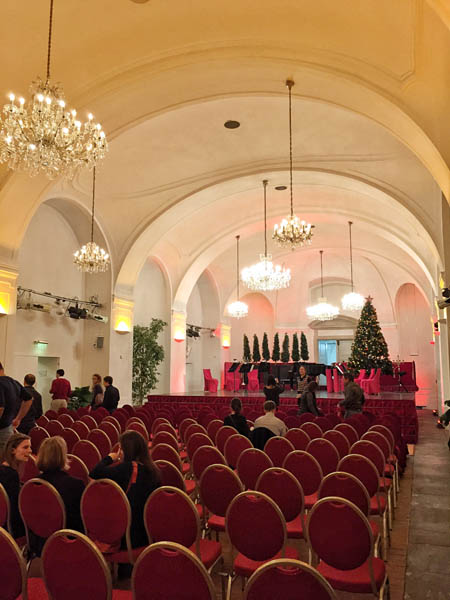 This is what made it all worth it. This is also where having a VIP ticket is absolutely worth it, because we got front row seats, and I really can’t imagine it would have been as good had we not been in the front. If you’re going to go all the way there, you might as well sit in the front row!

The orchestra was made up of three violins, a piano, cello, standing base, flute, and clarinet. To our surprise, two opera singers joined them for multiple songs throughout the show. There were also two ballet dancers who came out in full costume to dance for a few pieces as well. It was so much more than just music, which would have been good enough in itself. We recognized several of the pieces they played and were given a CD at the end of the night as well. That is included with the VIP ticket, as well as a glass of sparkling wine at intermission.

I left the palace that night feeling like I had finally experienced the Vienna I was looking for, completely satisfied with our choice to do this tour, and I definitely recommend it if you’re seeking a similar experience.

Note: Coat check is mandatory and costs 1 euro per person. There are no phones, photos or videos allowed during the concert.

How to book the tour:

You can book this tour (or variations of it) ahead of time (which is recommended in case it sells out), online with Viator, an experienced and trusted tour selector offering things to do all over the globe.

Thanks to Viator for the opportunity to do this tour. All opinions are my own.